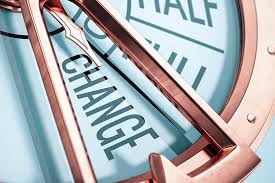 We are coming in fast, and nothing can stop it. We have three teenagers in the house now. Well one is twelve, but will be in a few months and considers herself one.

We have a fifteen year old boy learning how to drive and twelve and thirteen year old girls in our newly blended family. It’s scary. I’m prayerful and it’s still scary. A new season.

We also have a mix of public and private schooling at our house. I’m blown away with what the public schoolers encounter at this age, and just as aware that the private schoolers will too, if they don’t already. It’s the world we live in.

Putting myself in their shoes has also got me thinking about how I was as a teenager…Not easy either. I couldn’t wait to go to college to get out of the house and have some “real freedom.”

I think about how much more trouble I would have gotten into if texting had been around then..

I remember my dad would pretty much only answer the phone if it rang after 9:00pm. And, that was to make sure boys and friends wouldn’t call the house after that time. If texting was an option, that wouldn’t have been an issue. I loved phone time. I remember talking for hours.

I remember getting caught on the phone in a lie. He happened to pick the phone up at the exact same time I did and heard stuff immediately that prevented him from hanging up. He caught me red handed. He asked me three times and I lied to his face three times. He already knew the truth, oh how that must have hurt his heart. The lying.

I’m going through this now. When our kid can look us straight in the face and lie, repeatedly, it kills us. And, we’ve probably all done it.

My dad’s punishment for that was swift and severe. He didn’t let me get my license when I turned sixteen and he sold the car I’d saved money up to buy the very next day. Severe. But, he knew me lying to his face was too. Righteous anger. And, I have some of that now too.

My daughter has asked what I did all day when I was home for summer…I watched Price is Right, Let’s Make a Deal, and Young and the Restless with some movies thrown in. Same as them, except they watch YouTube and Netflix. I played Nintendo and they play graphic shooting games. The content is so much more risqué and/or violent than we had access too…Porn could be found, but not at the touch of a button. Google is wonderful, I use it almost every day. But, it’s made everything different. For better and for worse.

Summer downtime comes with summer boredom…Idle hands are the devil’s workshop. And, we’ve all fallen victim to them and to him. So, what’s a parent to do? Brace and embrace this season. Just like we did all the other ones…

So, as I write, by heart is racing and I’m bracing. But, still I will trust.

That our kids will lie and get caught and hide and also make us proud. That it will be hard, but that we will also have good times. That I will never know everything. That they will make good friends and not so good ones. That just because some friends or our own kids may lead to trouble now, doesn’t mean they always will.

Turns out the boy I got in trouble with is a preacher now. Every kid we encounter on our kids journeys are on their own too.

I will also trust that God’s grace will sustain us and that He will walk alongside us in this season too. May they come out of it knowing that no matter what get’s taken away (be it phones, games, tablets, or trips) that they are loved. And may we, as parents, model how much they have to gain when we lean on Jesus to get us through the hard stuff.

And, I know seasons will change….because they always have.

We planned it months ago….Time got closer and closer. He got more and more excited, and I got more and more concerned. About the kids. About the money. About the feeding everyone. About the long road trip. What would happen? I feared the whining would make my ears bleed, or worse, his. When he asked me what I was most concerned about, it was that. The twelve hour road trip, just the six of us. For the first time…ever.

When I asked him what he was the most excited about, he had the same answer. The road trip!?!? He yearned for and was excited about the time together. Completely foreign concept. Even to me…

When we arrived at the condo, I watched him pull $1000 cash out of his wallet and lay it on the counter to pay the landlord. This was money I knew was hard to come by and that he needed. This was money he had set aside. This was money that could have easily been used elsewhere, but his priority was us and the memories we would make there. And, even though he paid for the place, he gave me the room with the queen size bed and separate bathroom. Meanwhile, he slept on the pull out couch in the living room and shared a bathroom with the kids.

With his aching back and all, I woke up to his warm smile, hugs, and coffee every morning. He was THANKFUL we were together and it showed. Different rooms, different beds, all the kids. But, together as much as possible in this season.

He showed love by playing games, cards, laughing, putting us all at ease. One of my daughters is super affectionate, the other one not so much. So, when I saw her take his hand walking through town, my heart melted. She must know. She must know he loves her back….

We enjoyed the clear water and white sands of Destin. It was my first time to see it. We enjoyed a condo by the beach, amazing food, quality time with our kids, and LOTS of laughs. All this considered, my favorite part was the unexpected ease. The kind of ease that makes me WANT him on every family vacation from now on…The kind, quite frankly, I’m not used to.

Traveling is one thing. Traveling with ease, laughter, joy, and love is quite another. Thank You, Lord!