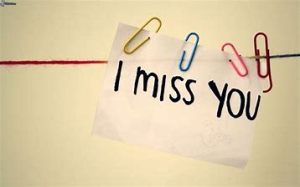 I write a lot about the difficulties of divorce. So many get them without considering the consequences. Some know full well and some are clueless. As a child of it and an adult who went through it, I want to clue some of you in.

Some sign in tears gasping for breath and some easily and nonchalantly sign papers. Some spend their retirement fighting for custody and some need a push accepting the inevitable. Some hire detectives and some throw parties. Some wake up and some shut down. Because people grieve differently and some don’t grieve at all, they are each different.

No matter what, it’s an epidemic that needs attention. Divorce causes confusion about how marriage was intended from the beginning and not only the pain of separation for the one left behind, but separation from our children. It’s not supposed to be this way…

Divorce is a life event never to be celebrated in my book. It has caused me so much pain over my lifetime, that it must be my calling. It hurts my heart for every child and adult that encounters it. It’s not supposed to be this way…

My prayer is that these articles comfort those who have been or are going through similar situations and that they warn others. That couples think twice, three times, four times, that they do the work needed, that they consider their examples, that they communicate, and get healthy…together. Because families are torn apart and it’s not supposed to be this way.

That they don’t just stay together for the kids. And never, if it’s abusive or unfaithful without repentance, but to show kids and others what marriage is “supposed” to be. Not easy, but strong. A union of two sinners who have to learn to forgive and how to be forgiven. A testimony to grace.

I’m about to embark on my first month away from my girls and my heart just aches. One week away at camp pales in comparison to a month away. It’s not supposed to be this way..

I know divorced moms do this all the time. I also know it’s hard for them all. I know some travel, some rest, some work more, and some just sulk. I plan to do all of the above. I need to….

The ache in my heart reminds me that Jesus can feel it too. It reminds me of how it was the separation from His Father on the cross that killed him. It wasn’t the physical pain, it was THAT pain that He cried out over. “Father, why have you forsaken Me?”

Sin separates us from our Father. He took on ALL of our sin so that we would never feel the separation that He did. This separation needed to happen in order for us to never be separated again.  And, it killed Him. He knows the pain. It broke his heart. And, still does.

Do you know that this “JOY” He looked forward to as He was beaten, nailed to a cross, and separated from His Father for absolutely nothing He did Himself was being with us forever! That outcome was worth all the pain He endured. Oh, how He yearns for that day too. He must after what He was willing to do in order for it to happen.

I also get the pain that dads feel separated from their kids. I get it. I’m married to one who misses his. While mine will be gone, we’re happy to have his kids for a month. But, we both know that they have a mama who will be missing them too. We both agree that it’s not supposed to be this way. Kids shouldn’t have to pick or miss the other parents. We didn’t bring them into the world to share them. Neither of us.

We both KNOW why God hates divorce.

Whether it’s camp, college, divorce, distance, or death, may the Lord comfort us in our separation and may it be a blatant reminder of how much He hates separation too. Enough to die for it. May He fill in the gaps as only He can.

Last night all I wanted to do was spend time with my girls. They were both caught up with their friends and games. They don’t understand. But, my husband (who does) sent them to spend time with me. He knows the hurt and that time is always ticking….He knows because his time ticks too.

Next month, I’ll lean on him and the people God sends who will listen, care, and accompany me. And, may all of you other separated parents do the same.

Because, it’s not supposed to be this way…..And, because of the separation Jesus endured, one sweet day it won’t be.

Yes, different is scary. But, different isn’t necessarily “wrong”. That’s the fear. That stepping out from how something has always been done is wrong. It goes along with how thinking differently than someone else must be “wrong”. Someone somewhere had to go against the grain and expectations of others to get you to where you are today.

Pray. Ask for yourself. God speaks to each one of us individually. That’s relationship. As parents, we hope to have special and individual relationships with each of our kids. So does God. Not only does He want it, but we don’t realize how much we do, until we do.

We are each created with different love languages, preferences, needs, sources of comfort, and talents. But, we are all created by the same GOD. Who loves each of us like crazy. May we lean into Him when He calls us to be different. And trust Him like crazy when He does.

There are missionaries called to remote islands and also to our workplaces. Poverty stricken communities and also to reach the wealthy. Abused women and happily married women. Teenagers and widows. The motherless and the fatherless. The kids in private school and the kids in public school. The kids in dance class and the kids on the basketball team. The kids in the band and the kids on the field. The doctors and the patients. Single men and single women. Married men and divorced men. The mom who lost her child and the mom who has a dozen at home. The person who was cheated and the one who cheated. The porn addict and the food addict. We all need Him in very different ways. Thank GOD for those with callings to reach each. May we each reach one.

Even Paul and Barnabas had a “falling out” of sorts. Both men of God, different callings who went their separate ways because of it. To do God’s will and reach people they couldn’t have reached together. I trust God used the painful disagreement and separation. They stayed focused on spreading the gospel as He called them to different regions. Regions these days can be viewed as schools, churches, states, countries, workplaces, ministries.

My kids too. If I want them to be brave, then Mama should be too.

Go where He sends you. And, I can’t wait to hear and see the hearts you touch.

Having our hearts properly guarded doesn’t keep others out, it keeps God’s great love for us in and first. It protects us from pain and reminds us Whose we are.

Our desire to please other people can lead us to a place of silent suffering and constant pain. God knows this.

For years, I lived unaware of who I am to Him and that He died for me personally. That, no matter what happens, He would love me still. That I am worth loving and fighting for. Not perfect, by any means, but loveable and precious just as I am and was.

I’ve learned that there is a difference between walls and boundaries. Walls are understandable after trauma and formed out of fear to protect ourselves. Walls aren’t bad, they are normal, but can be broken down with consistency and genuine love. Once the heart feels ready to love again, boundaries promote a love that feels comfortable and provide opportunities for both parties to trust again. Boundaries and healthy. They protect and help love blossom without blocking.

Just like there is a difference in walls and boundaries, there is also a difference between a closed off heart and a guarded heart. Closed off is also understandable after trauma and shut down for fear of pain and letting someone in again. Closed off comes from the fear of speaking up for yourself or maybe not knowing who you are or what you want or need out of the relationship at all. Closed off is having no interest in getting to truly know anyone else because you feel better off alone.

Above all else, guard your heart, for everything you do flows from it. Proverbs 4:23

This verse used to confuse me because I thought it meant to shut out, but I see now that it means to shut in. Let the love of God into your heart and shut the door tight. Keep it there and love yourself and others with it. You are a precious child of God. We can remain open, yet very much guarded.

We need to properly guard ourselves from coworkers, friends, parents, our children, and even our spouses. Because, guess what? Words hurt. Loss hurts. Conflicts hurt. Separation hurts. A guarded heart loves others, loves themselves as a child of God, listens, forgives, promotes and accepts change, and lives aware of the fact that God loves them more than anyone else ever has, does, or will.

Guard your heart so that in the wake of extremely painful circumstances, the love of God will comfort you more than anyone or anything else ever can.

To me, this means He doesn’t want us closed off to others. He wants us open to love them, but to not forget ourselves or Him in the process. Lean on the Lord and be you. Be you because you were created different than anyone else for a reason. Be you because the ones God has for you love you for who you are. God put you here to be you and love others through Him. Not to “love” others by constantly pleasing them, always telling them what they want to hear, or giving them exactly what they want exactly when they want it. Give them you, soaked in Jesus. That’s the best you, you can be.

People change, lives change, circumstances change. He does not. He will not. He is our Rock. Guard your heart with that beautiful truth.